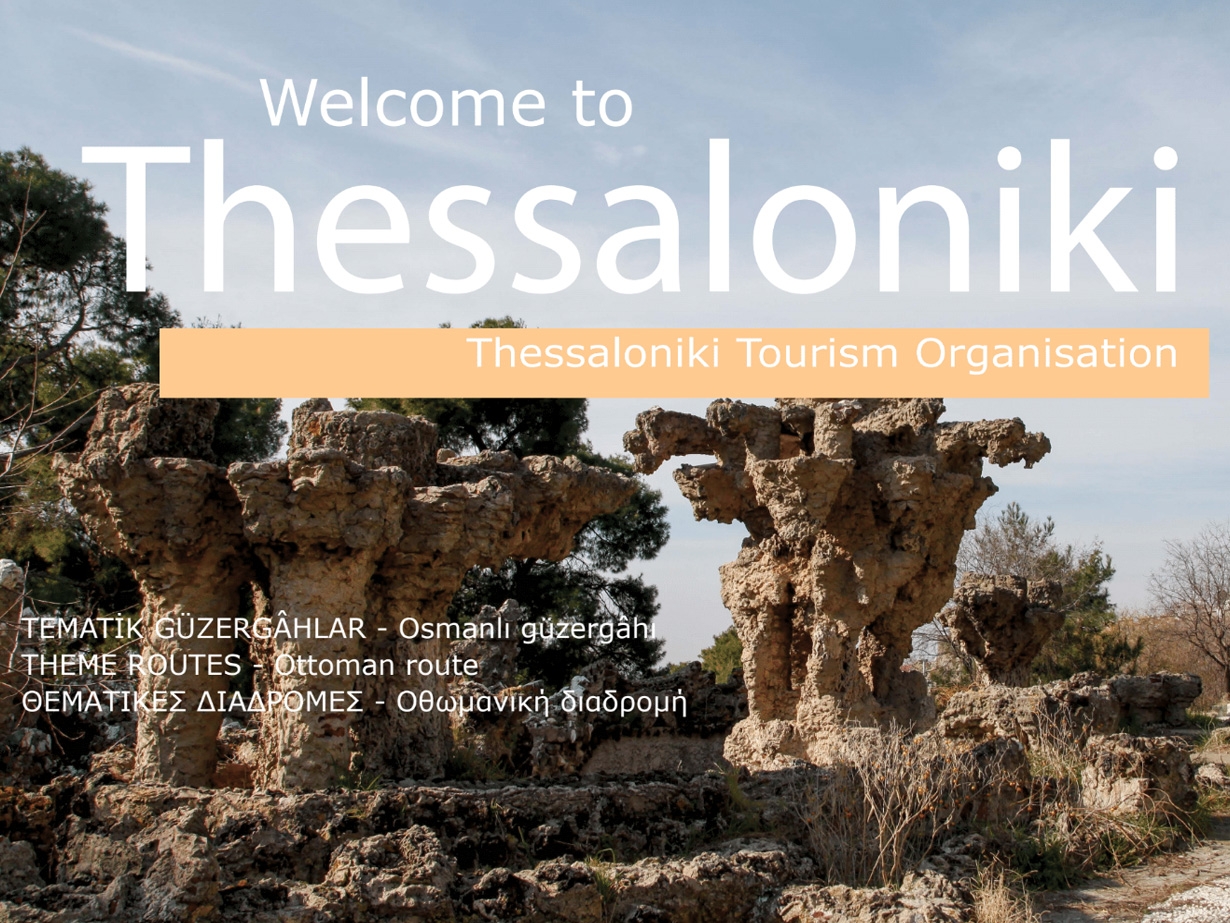 THE OTTOMAN ROUTE OF THESSALONIKI IN A TRILINGUAL GUIDE (IN ENGLISH, TURKISH, GREEK) PUBLISHED BY THESSALONIKI TOURISM ORGANIZATION

You are here: Home1 / ABOUT US2 / Press Releases3 / THE OTTOMAN ROUTE OF THESSALONIKI IN A TRILINGUAL GUIDE (IN ENGLISH, TURKISH,...

A trilingual little guide about the city’s most emblematic monuments associated with the Ottoman period was recently issued by the Thessaloniki Tourism Organization.

In its 20 pages (20×14 cm), the editors managed to include texts, addresses, opening hours and photographs of all the monuments and sights of the Ottoman Route of Thessaloniki. These are mainly buildings of various uses that are within the city’s urban net and today they are publicly accessible.

Its cover features one of the most representative monuments of the period, the “Gardens of the Pasha”. They were constructed in 1904 by an unknown architect and they represent a unique example of exceptional architecture. The Turkish version of the guidebooks was supported by the Turkish Consulate in Thessaloniki.

Starting from the most well-known monuments, Mustafa Kemal-Atatürk’s residence and the Government House that was built by the Italian architect Vitaliano Poselli, to the Besesteni and the Alaca Imaret, a total of 26 monuments are presented in Greek, English and Turkish. The oldest is the “Bey Hamam” (Loutra Paradise), the first Ottoman bath in Thessaloniki built in 1444. It is the largest one that survives.

In the guide are also included the Geni Hamam (Aigli) and the “Sintrivani” Fountain donated by Sultan Abdul Khamit to the Thessalonians (from which on the first day of its inauguration a sour-cherry juice run for the guests), the Old School of Philosophy and the Upper Town (Ano Poli) Library, Hamza Bey Mosque (Alkazar) and the State Conservatory of Thessaloniki (housed the Ottoman Bank), etc.

Tourists can also find information about ottoman buildings of exceptional architecture such as Ahmet Kapantzi Villa, Mehmet Kapantzi Villa, Hamidie Mosque (Yeni Tzami – an Exquisite Example of Eclectic Architecture), Mordech Villa and Hafiz Bey Villa (today it functions as the school of Blinds) that were built under the designs of the architect Xenophon Peonidis.

Voula Patoulidou as an invited EDEN Ambassador at the 13th Meeting of EDEN in...
Scroll to top