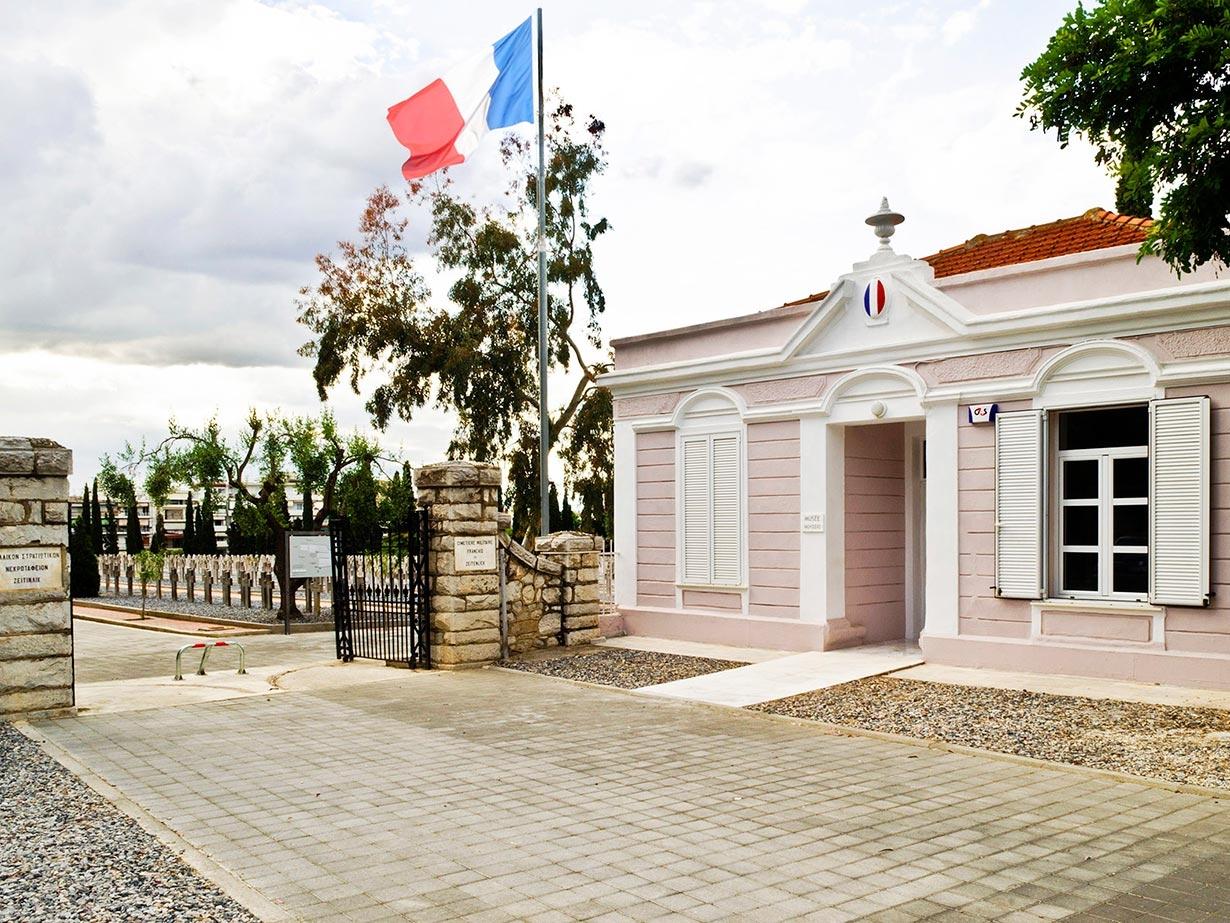 It is the largest military cemetery of the Balkan Peninsula and a place for preserving the memory for the next generations. It contains the remains of more than 20,500 Entente soldiers who fought at the Macedonian Front during World War I. The military necropolis of Zeitenlik is separated into five sections according to the nationalities of the fallen heroes: French, Serbian, Russian, Italian, and British Commonwealth. Memorials, chapels and sculptures decorate all 5 sections, honoring the sacrifice of the fallen soldiers.

At the French section 8,310 soldiers were buried, 8,102 of which in individual tombs and 208 in ossuaries: 6,347 from France, 1,222 from Senegal, 398 from Madagascar and Indochina and 343 from North Africa. The list of the buried is uploaded at the French Consulate of Thessaloniki website, for the families to be able to trace down the graves more easily.

It contains the graves of 7,440 soldiers of the Great War and 129 of World War II. A well-known landmark of the cemetery is the mausoleum designed by the architect Aleksandar Vasic, where the bones of 5,580 Serbian soldiers were placed. It is an impressive monument full of flags, photos, medals and families’ tributes, of high visitation rates since the Zeitenlik cemetery is an important memorial site of the Serbian people.

The Italian section of the cemetery contains the bodies of 3,000 Italian soldiers who died at the Albanian Front

It contains the graves of 1,648 Commonwealth soldiers and 45 Bulgarian ones. A distinguished figure among those buried was Katharine Mary Harley, the British nurse who served Serbian people and died during the bombard of Monastiri on 17th March 1917.

At the Russian section, just behind the Serbian one, 496 Russian soldiers and officers were buried.

Museum of the French military cemetery of Zeitenlik
Scroll to top