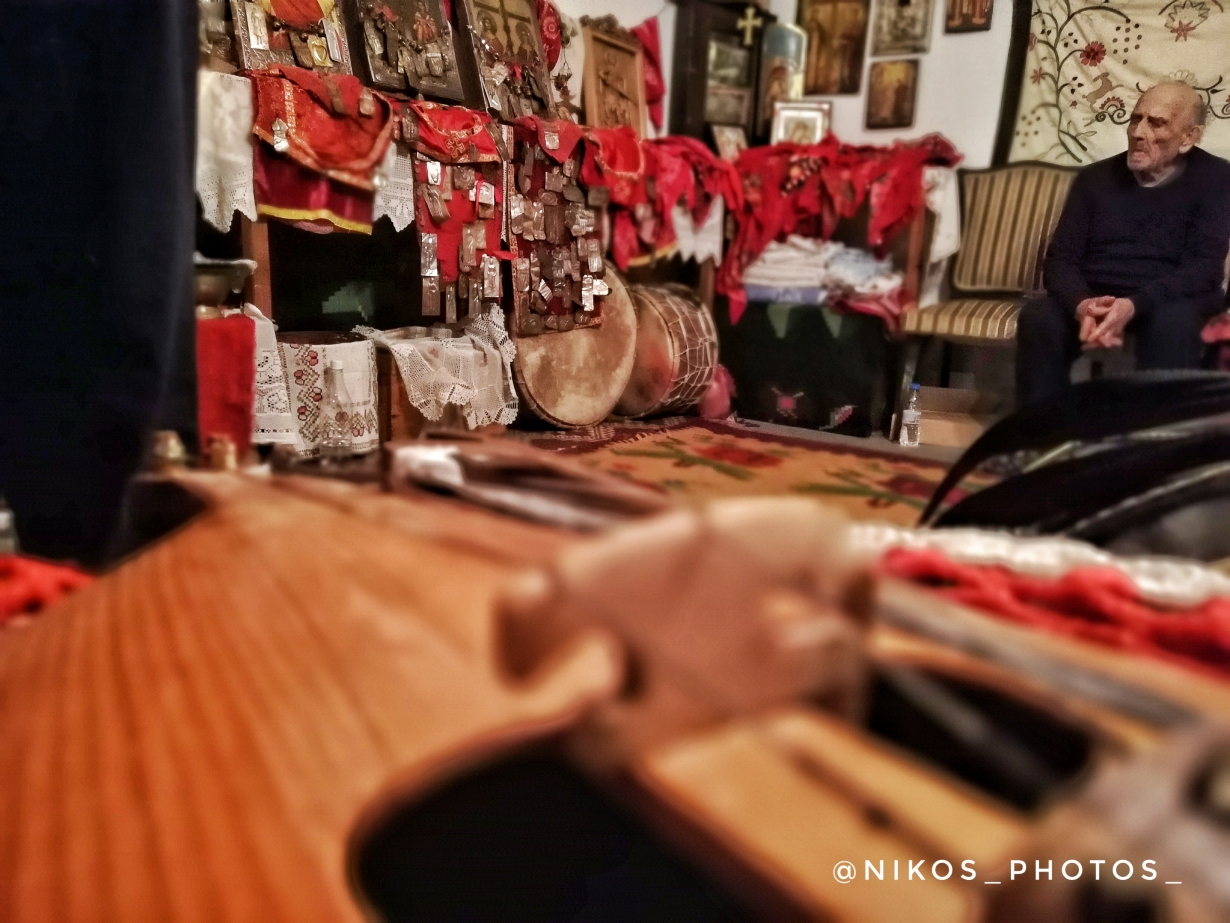 You are here: Home1 / THINGS TO DO2 / UNIQUE EXPERIENCES3 / The custom of Anastenaria

Anastenaria is a traditional Greek custom-celebration and one of the most popular religious events in Greece today.

The custom of Anastenaria , the main feature of which is the execution of fireworks, i.e walking with bare feet on a layer of incandescent charcoal, has its origins in Thrace and is one of the most characteristic cultural legacies brought by the refugees of Eastern Roman Thrace and mainly the village of Kosti, which was the center of the Anastenarids prior to eradication.

According to tradition, the church of St. Constantine and Helen in Kosti caught fire. As the temple was burning, voices were heard through the flames because the images sought help. The inhabitants entered the church to save the holy pictures, and when they came out, neither the people nor the pictures were burnt..

Three times a year, the ‘Anastenaria Lagkada’ Association revives the custom of Anastenaria and attracts a large number of visitors to the city of Lagkada, both from Greece and, predominantly, from abroad (Historians, Folklorists, Universities). The celebration takes place on January 17-18- and 20 (the winter Anastenaria), on July 27 and on May 21-22-23, on the day of the feast of Saint Constantine and St. Helen.

How to get there: https://moovitapp.com/index/amp/el/δημόσιες_συγκοινωνίες-Λαγκαδάς-Thessaloniki_Θεσσαλονικη-site_16131302-2860

Discover Thessaloniki from the Sea
Scroll to top