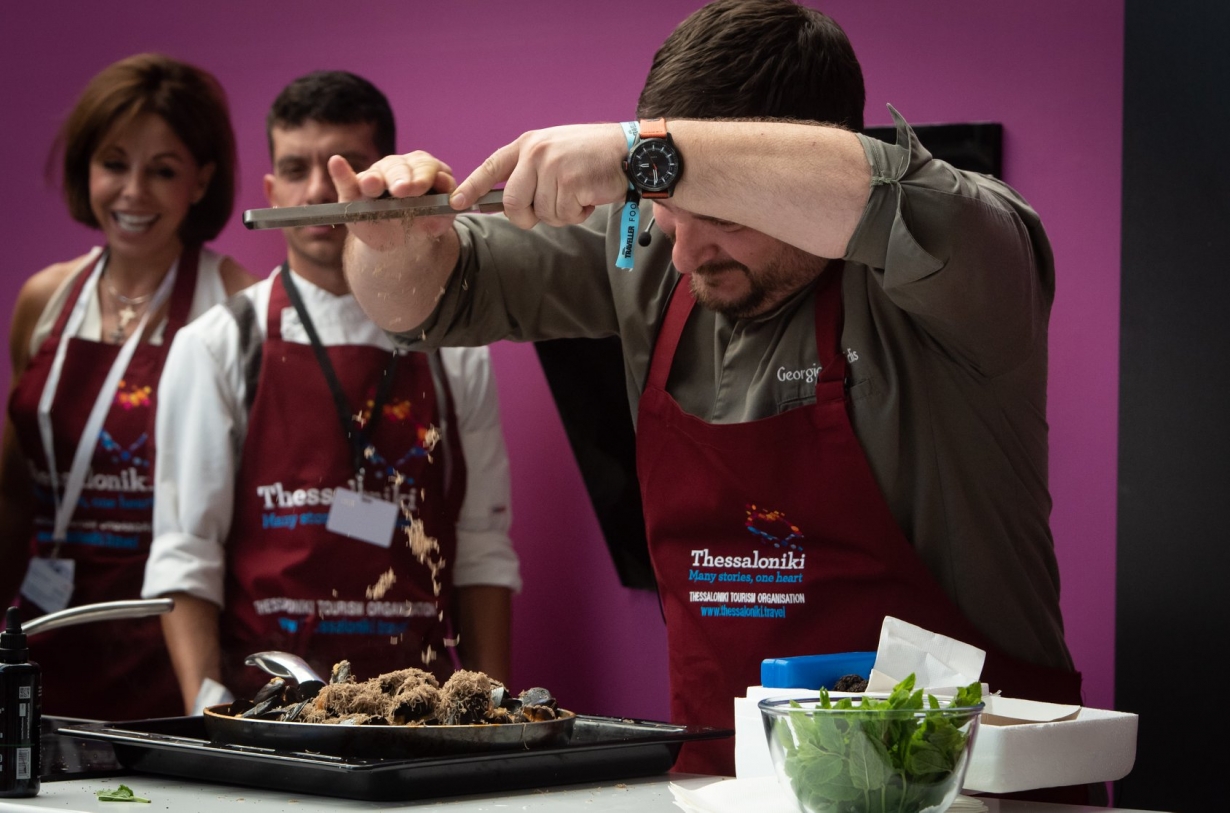 You are here: Home1 / ABOUT US2 / Press Releases3 / THE GASTRONOMY OF THESSALONIKI IMPRESSED THE NATIONAL GEOGRAPHIC TRAVELLER...

The Masterclass “Thessaloniki of the tastes”, which was presented last weekend by Thessaloniki Tourism Organization (ΤΤΟ) at the N.G. Traveller Food Festival in London, exceeded all organizers’ expectations.

At the two-day event the “Aristotle Menu” and typical dishes from Halkidiki and the Central Macedonia were presented.

The Thessalonian Chef and gastronomy professor, George Palisidis assisted by executive members of the Thessaloniki Tourism Organization, turned the Masterclass into a party of Thessaloniki’s tastes and of the Greek gastronomy.

Even the Head of Special Projects of the N.G. Traveller, Matthew Midworth, put on his TTO cooking apron and helped the Greek team serve the food, together with the President of the Thessaloniki Tourism Organization, Mrs Patoulidou.

The gastronomic… imperium of Thessaloniki at the N.G. Traveller Food Festival exceeded in taste, atmosphere and attendance, as a natural outcome of the high-quality gastronomy that TTO presented.

Mussels in rice, combinations with watermelon, Greek cheeses, buffalo meat, spearmint in the dishes of Thessaloniki, impressed with no doubt. The dominant tasting demonstration was the … demonstration of the Greek gastronomic dominance.

FAM TRIP OF POLISH TOUR OPERATORS AT THESSALONIKI OF THE TASTES AND THE UNE...

THE CRUISE SHIP CROWN IRIS DISEMBARKED MORE THAN 1600 TOURISTS AT THE THESSALONIKI’S...
Scroll to top