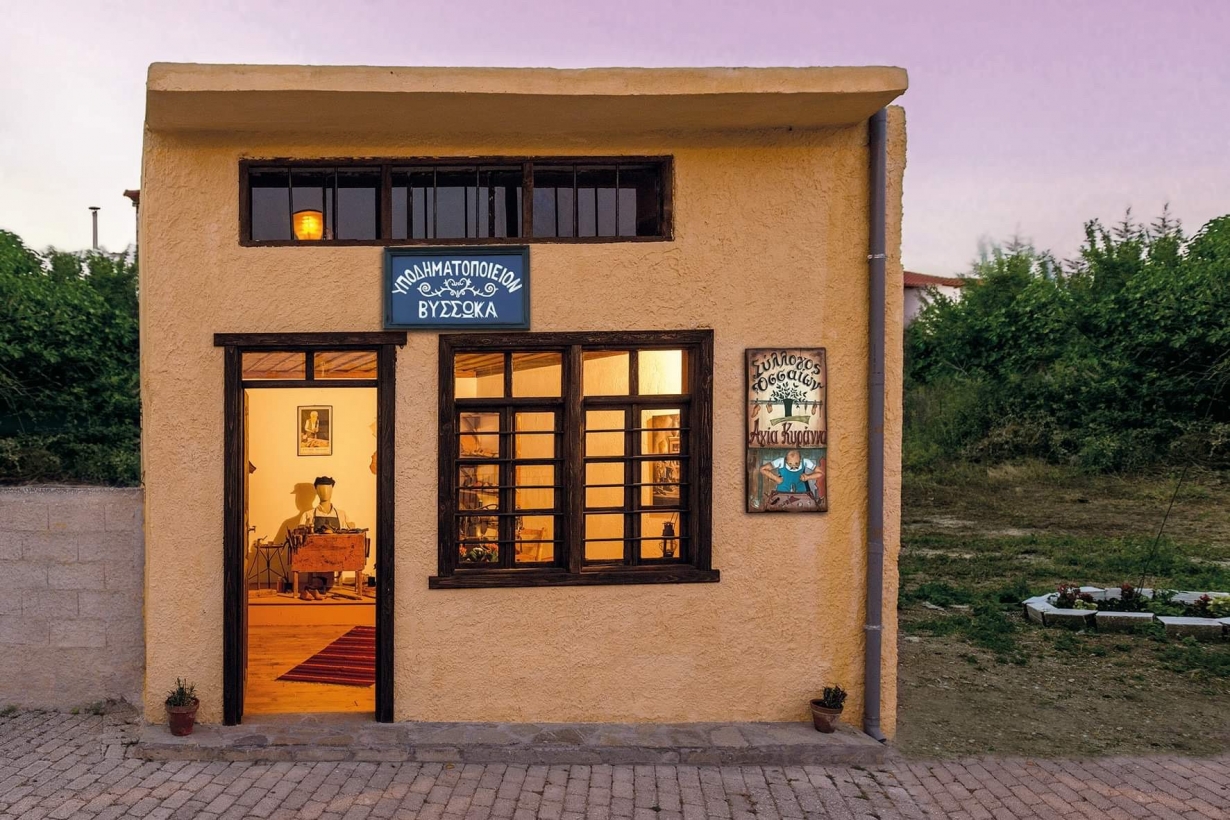 You are here: Home1 / NEARBY ESCAPES2 / Ossa, Langadas Municipality

Built on the slopes of Mount Vertiskos, at an altitude of 650 m and 40 km NE of Thessaloniki, Ossa is one of the oldest, most historic and picturesque settlements of Central Macedonia, with natural, archaeological, folklore, religious and architectural interest.

Antiquities of prehistoric, Hellenistic and Byzantine times have been found in the area, but ancient Ossa is located a little further east and is referred to as the town of Visaltia, which cut its own currency. In modern times the today’s settlement is referred to as Visoka, answering to an Ottoman registry of 1568.

The visitor can stroll through the alleys of the traditional settlement and visit the two churches of the village, Agia Kyrana (1868) and Taxiarches (1804), which preserves remarkable wood-carved iconostasis, important icons and interesting painting, by craftsmen of Epirus and Western Macedonia.

The village operates, with the care and voluntary support of the Cultural Association of Ossa citizens “Agia Kyrana”, three visiting places to promote and highlight the rich cultural heritage of the village. The Folklore Collection of Ossa is housed on the floor of the preserved old Primary School (1926), while on the periphery of the two squares one can admire the reuse of the Old Grocery and the revival of the Old Shoemaker shop, where the art of the shoemaker is displayed. This traditional art is lost over the centuries. At the same time, the project “The Shoemaker’s House – Restoration of a traditional building in Ossa and its transformation into an exhibition on the history of shoemaking in the settlement”, is part of the European LEADER program. All of the cultural interventions in the settlement are part of the original action “Open Museum of Rural Life in Ossa”.

Within a short distance from the settlement you can find the Organic Vineyards of Ossa – Babatzimopoulos Estate and the Agios Georgios and Kioski forest recreation areas. There are 2 Greek taverns, 2 coffee shops, 2 grocery stores, a butcher shop, a pharmacy, a carpenter shop, a pasta workshop, a playground, a primary school and a kindergarten.

The particular soil and climatic conditions of Ossa, characterized by a healthy, cool and dry climate, favor the production of high quality agricultural products, with a tradition of growing crisp cherries. On the occasion of this production, the local cultural club successfully organizes the annual “Cherry Festival” events every year (end of June).

Municipality of Volvi
Scroll to top