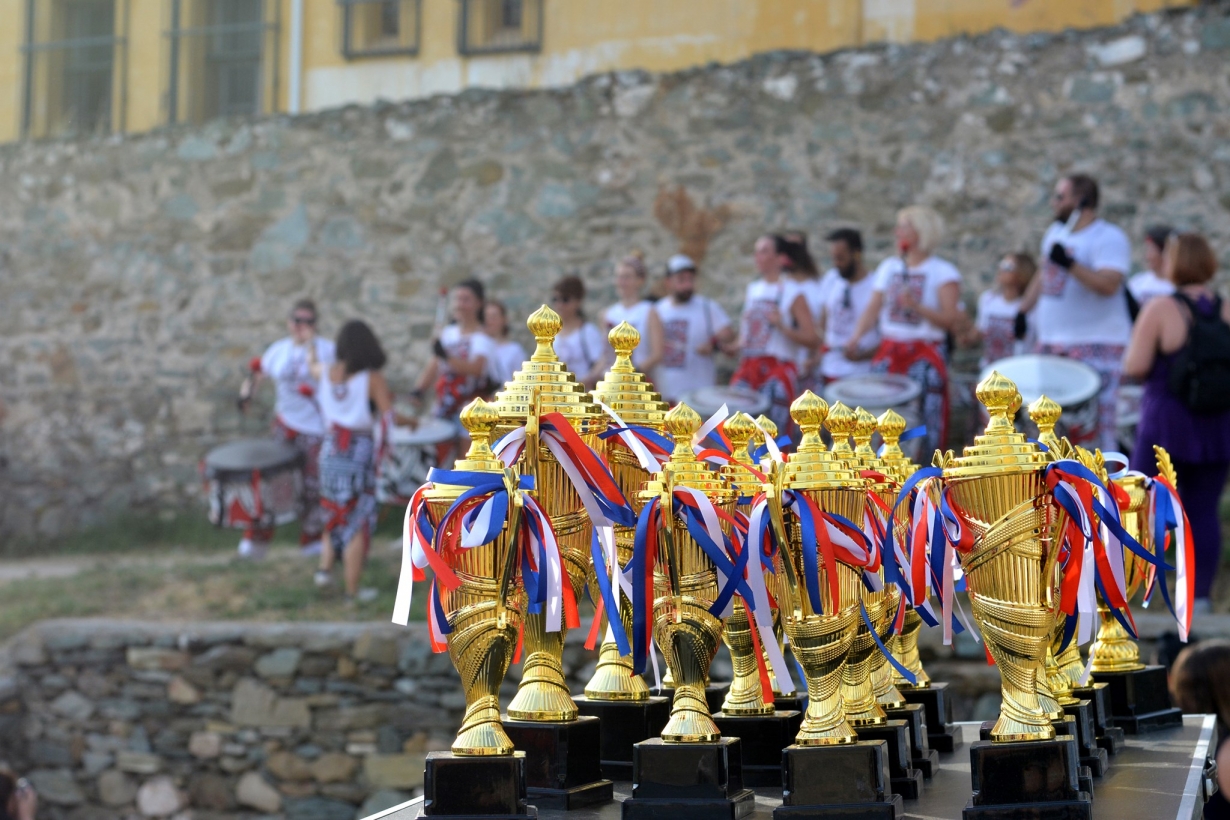 You are here: Home1 / ABOUT US2 / Press Releases3 / YEDI KULE CONQUEST – The Only Monument Running Conquest Worldwid...

On Sunday the 23rd, more than 330 athletes participated in the “Yedi Kule Conquest 2019”, which was co-organized for the 5th year by the Thessaloniki Tourism Organization, having Mr. John Pimenidis as the honoree runner.

The pace for the racers and the organizers was given this year by the drummers of the band BATALA SALONICA, while the beginning of the race was given, symbolically, by the vice-governor of Central Macedonia Metropolitan Area of Thessaloniki – President of the Tourism Organization, Mrs. Voula Patoulidou and the Head of the Ephorate of Antiquities of Thessaloniki, Mr. George Skiadaresis.

The runners united with their run, eight of the most important monuments of Thessaloniki, six of which are characterized officially as UNESCO monuments and are the core of the message given by the event: the promotion of the beauty and the historical – cultural wealth of the region, the preservation, the protection and the (touristic) use.

Mrs Voula Patoulidou, during the award ceremony of the Yedi Kule Conquest 2019, mentioned: “This year, we succeeded in arising the interest of the people towards the Heptapyrgion of the Acropolis of Thessaloniki and the Upper Town (Ano Poli). We managed this with the Yedi Kule Monument Conquest under the International Monuments Festival, which we hope will give an added value to the city”.

As part of the parallel events of the Conquest, it was decided to extend the “Yedi Kule Conquest Photos” group exhibition until the end of July. The exhibition, in cooperation with the Ephorate of Antiquities of the City of Thessaloniki, hosts 17 photographers at the International Monument Festival of Thessaloniki 2018.

The “Victor Davis Hanson Tour” in Thessaloniki: Journey to the other Greece,...

FAM TRIP OF POLISH TOUR OPERATORS AT THESSALONIKI OF THE TASTES AND THE UNE...
Scroll to top