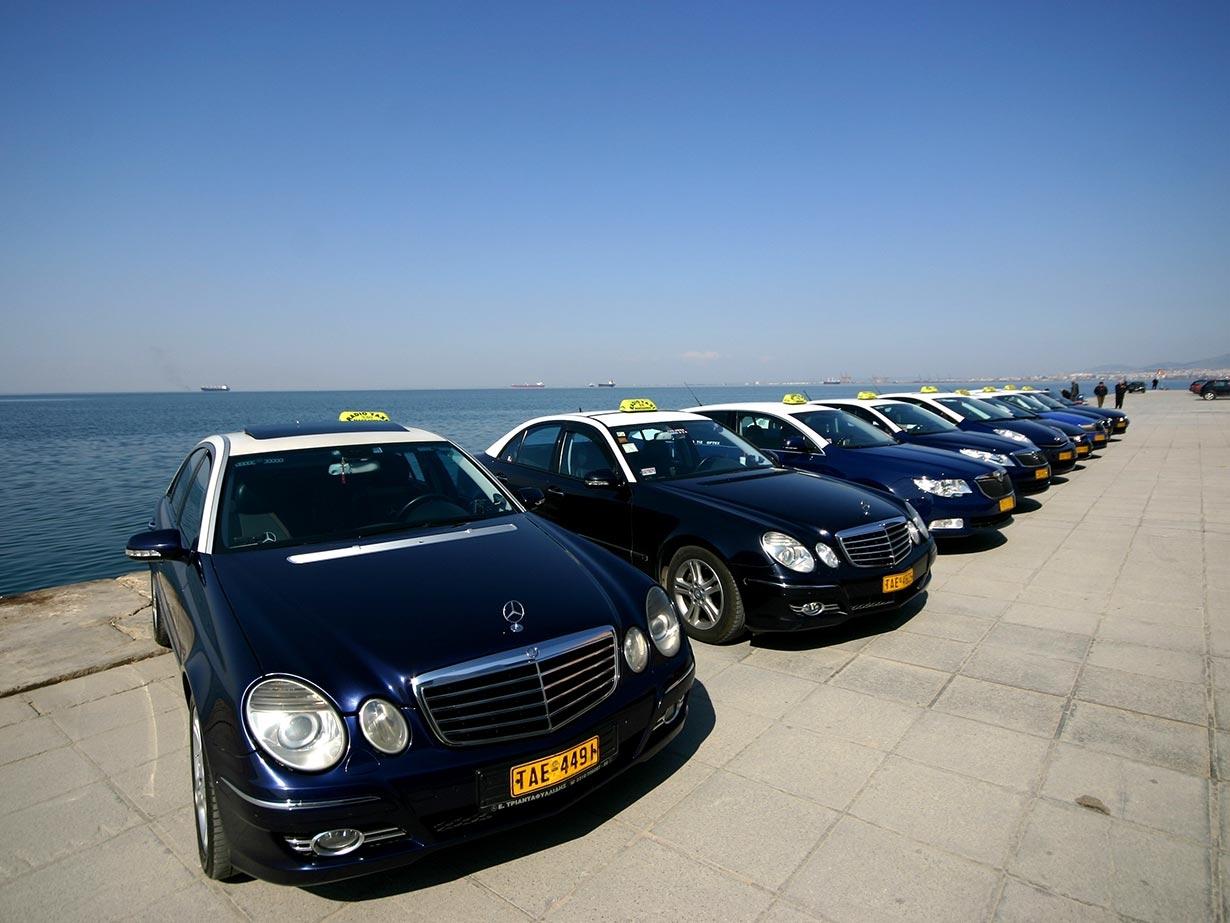 You are here: Home1 / USEFUL INFORMATION2 / Moving around the city3 / TAXI

There are approximately 2000 taxis in Thessaloniki with 24h service taxi ranks in many city spots and in many departure ones like the Airport, the Train Station, the Macedonia Intercity Station and the Port. Special transfers are also available as:

City center – areas of archaeological or other interest such as Vergina, Amfipoli, Chalkidiki etc: 1.30 Euros per km + 11 Euros standby per hour

Thessaloniki’s taxis are blue in color, with white top.

There are four taxi companies:

App TAXI 18300 is also available, through APP store for iPhone and Google Play for android.